On the 40th anniversary of the Tlatelolco Massacre of 1968, the artist collective Tercerunquinto removed six marble slabs showing the national emblem from the former Ministry of Foreign Affairs building. For 24 hours on October 2, 2008, the action left a temporary void on the façade of the building, signaling it as an empty repository of power. Realized by specialists, the defacement was more to mark an absence of this form of representation of the State, rather than an act of vandalism. The slabs were replaced the following day. Desmantelamiento y reinstalación del Escudo Nacional [Dismantling and Relocation of the National Emblem] shows the documentation of this action. 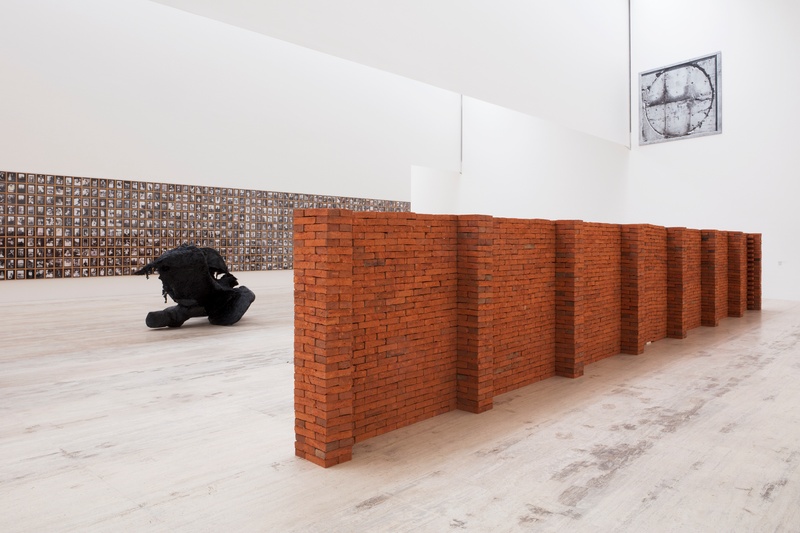