Marine Hugonnier, although French and British, partly grew up in the US and studied philosophy and anthropology before becoming an artist. These disciplines continue to influence her practice. Her work reconsiders the world as a cultural construct, exploring how our ways of seeing are largely the result of ideological, political, and physical positioning. Through photography, film and works on paper, the artist’ practice forms an enquiry about politics of vision, and she engages with an on-going questioning about the gaze, its economies and image-making procedures. This series of photographs ITCZ documents the sky in the Intertropical Convergence Zone, an area where the tropical winds of the Northern and Southern hemispheres converge, as they circle the equator. This band of intense heat and humidity passes over the Yucatan peninsula in Mexico creating its characteristic cumulous formations and perpetual thunderstorms. Hugonnier describes her interest in capturing “the discrepancy between what exactly you see on the photograph, and the cultural frame that transforms what you are actually looking at.”

Image: Courtesy of the artist 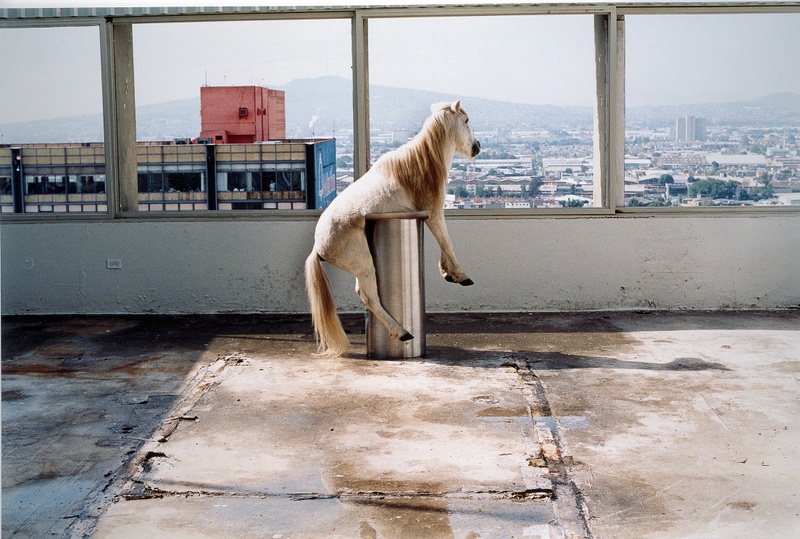