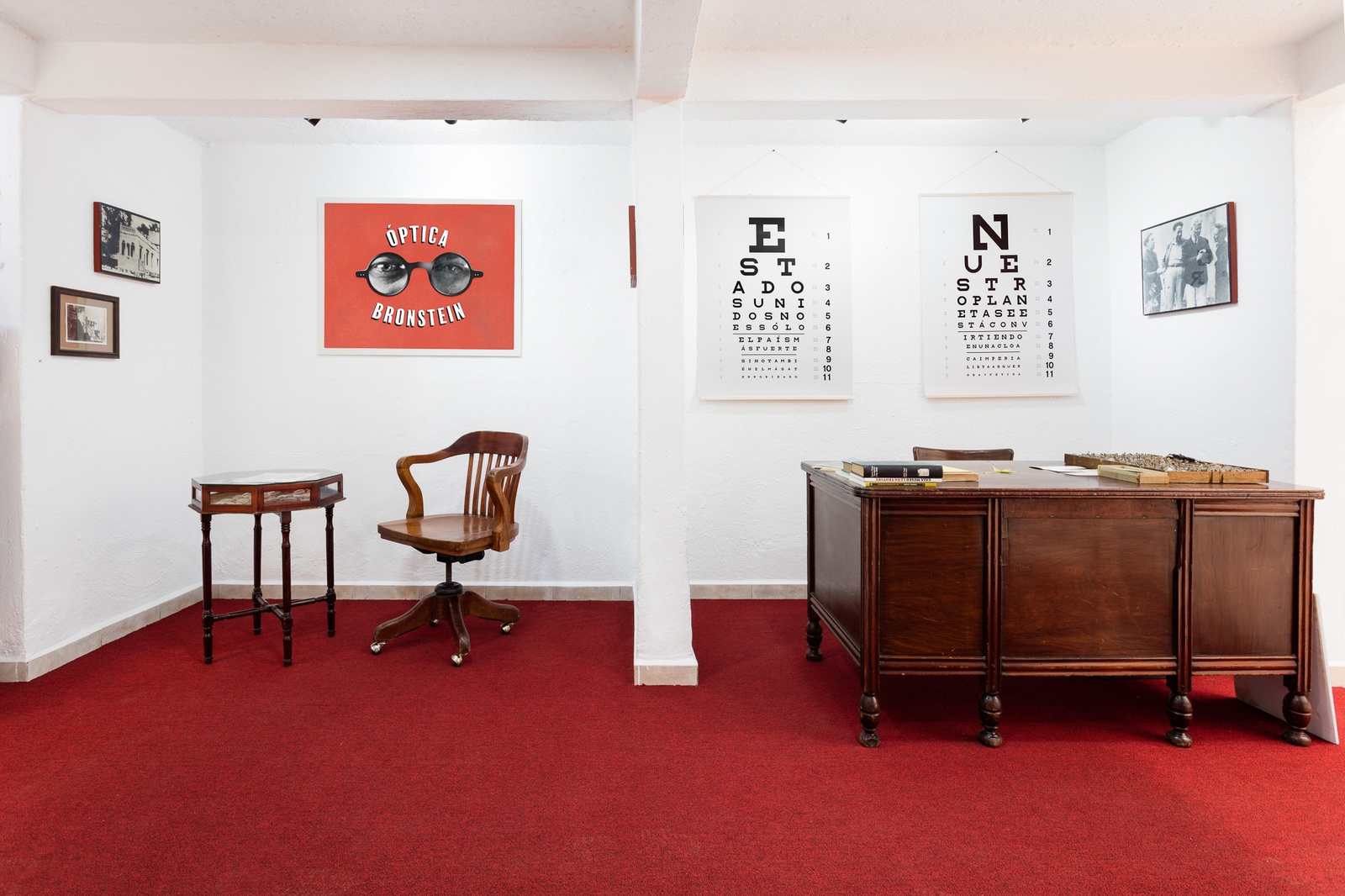 This work is part of Dramatis Personæ, Pablo Helguera’s exhibition organized by Museo Jumex, which explores the artist’s multidisciplinary approach, through a selection of installations and performance works produced in the last two decades. Dramatis Personæ takes the non-conventional form of a time-based survey of the artist’s work; the exhibition, presented in installments, adjusts to the demands of contemporary time-based media, which have duration as a dimension and unfold to the viewer over time. The first installment, El Instituto de la Telenovela, was presented at Museo Jumex on April 2017. Óptica Bronstein is the second installment, which was presented on 2017 at a parallel exhibition to the Venice Biennial at the V-A-C Foundation, Palazzo delle Zattere.

For three weeks, and coinciding with the centennial of the Bolshevik revolution of 1917, the Museo Casa de León Trotsky will present the project Óptica Bronstein. Leon Trotsky’s emblematic house in Coyoacán serves as the backdrop for this work that operates within the categories of performance, and immersive theater, combining a wide range of historical, political, ideological and artistic references. The title of the piece is derived from the double allusion to the house’s use before becoming Trotsky’s home during his Mexican exile, when it housed an “optics research center” founded by the Italian doctor Antonio Turatti, and to the birth name of the soviet political leader, Lev Davidovich Bronstein.

Drawing from the efficacy of the “semblance as real,” and from the importance that the notions of fiction and estrangement have in contemporary theater and art, the artists have staged an optician’s room where visitors can submit themselves to a series of rather peculiar eye exams, which test their ability to observe as well as their political and ideological vision, stimulating a reflection on how history is read, how it is interpreted and distorted, as well as the impact of these manipulations in today’s politics. 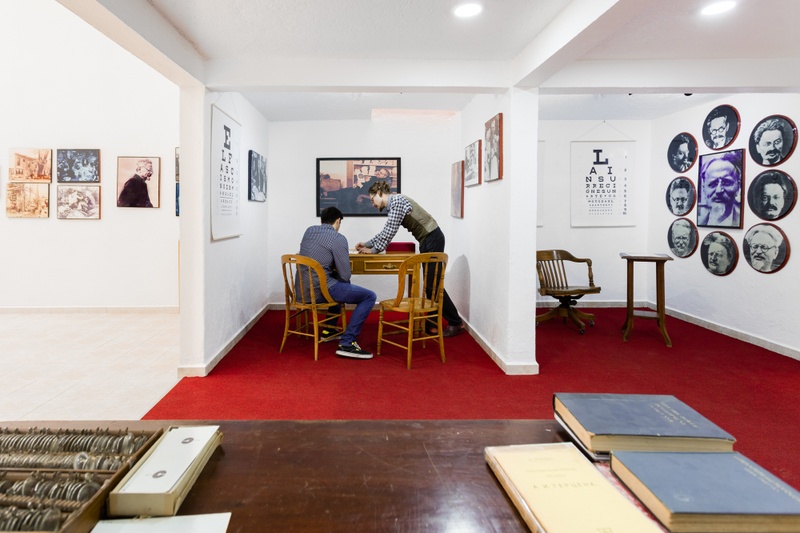