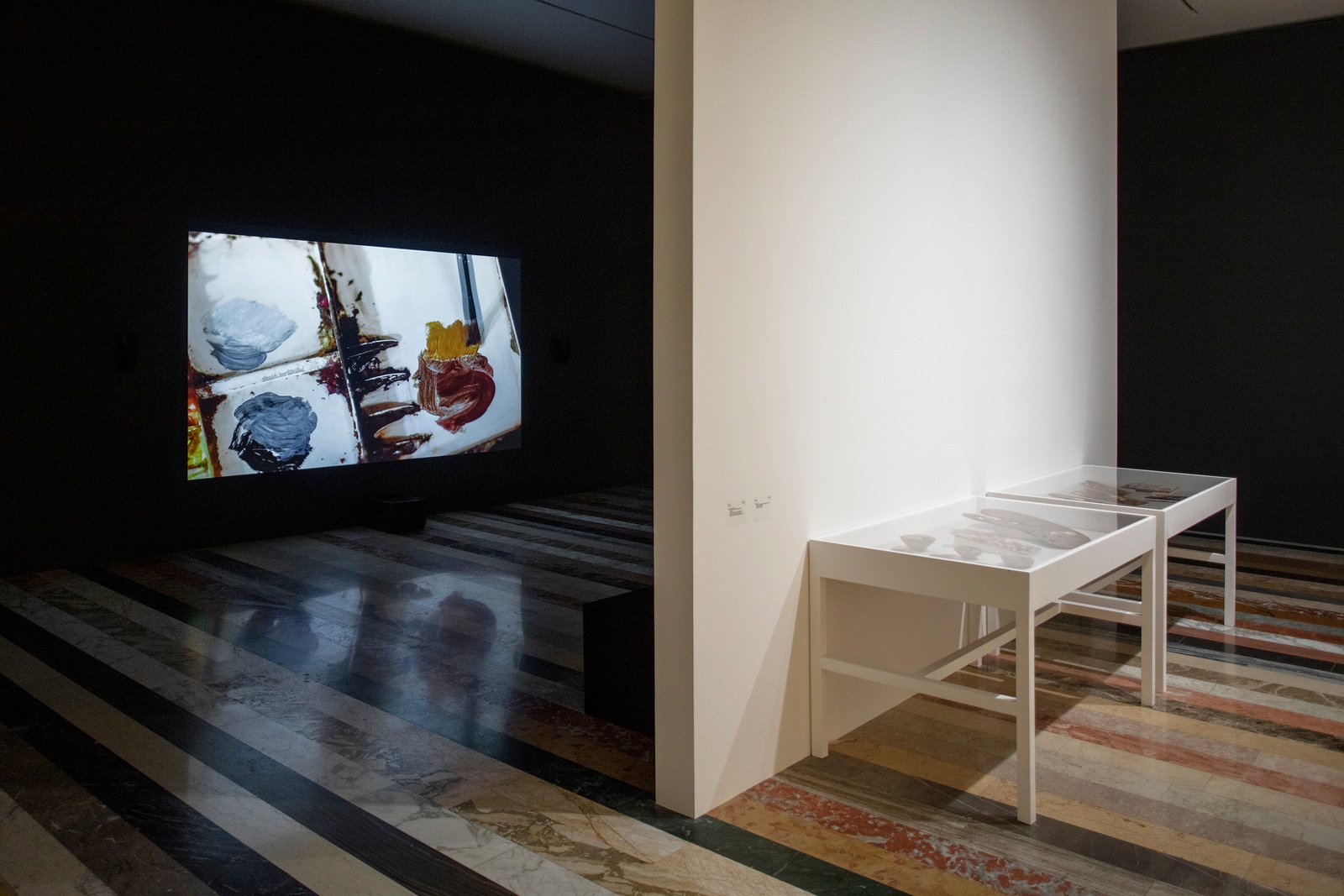 La Restauradora [The Restorer] tells the story of Mexico City over eight centuries from the perspective of a geographic location in its heart. This place was the scene and witness of changing landscapes and constructions that were erected and collapsed between moments of apogee and conflict. Through colors, descriptions and sounds, Tania Candiani narrates the development of Mexico, from the founding of Tenochtitlan in the 14th century to the present day.

The artist imagines scenarios seen from the portico of house number 12 Seminario in the Historic Center, which she describes in detail in the text that appears in the video, while the environmental sounds that accompany each description make the scenes almost perceptible. In the image we see the preparation of each color that is needed to paint that picture described with words.

In the gallery the mixing trays and palettes used in the making of the video are exhibited, demonstrating the changes of materials and shapes of these tools over time.

Tania Candiani: La Restauradora is the second of two solo exhibitions in gallery -1 as part of Normal Exceptions.