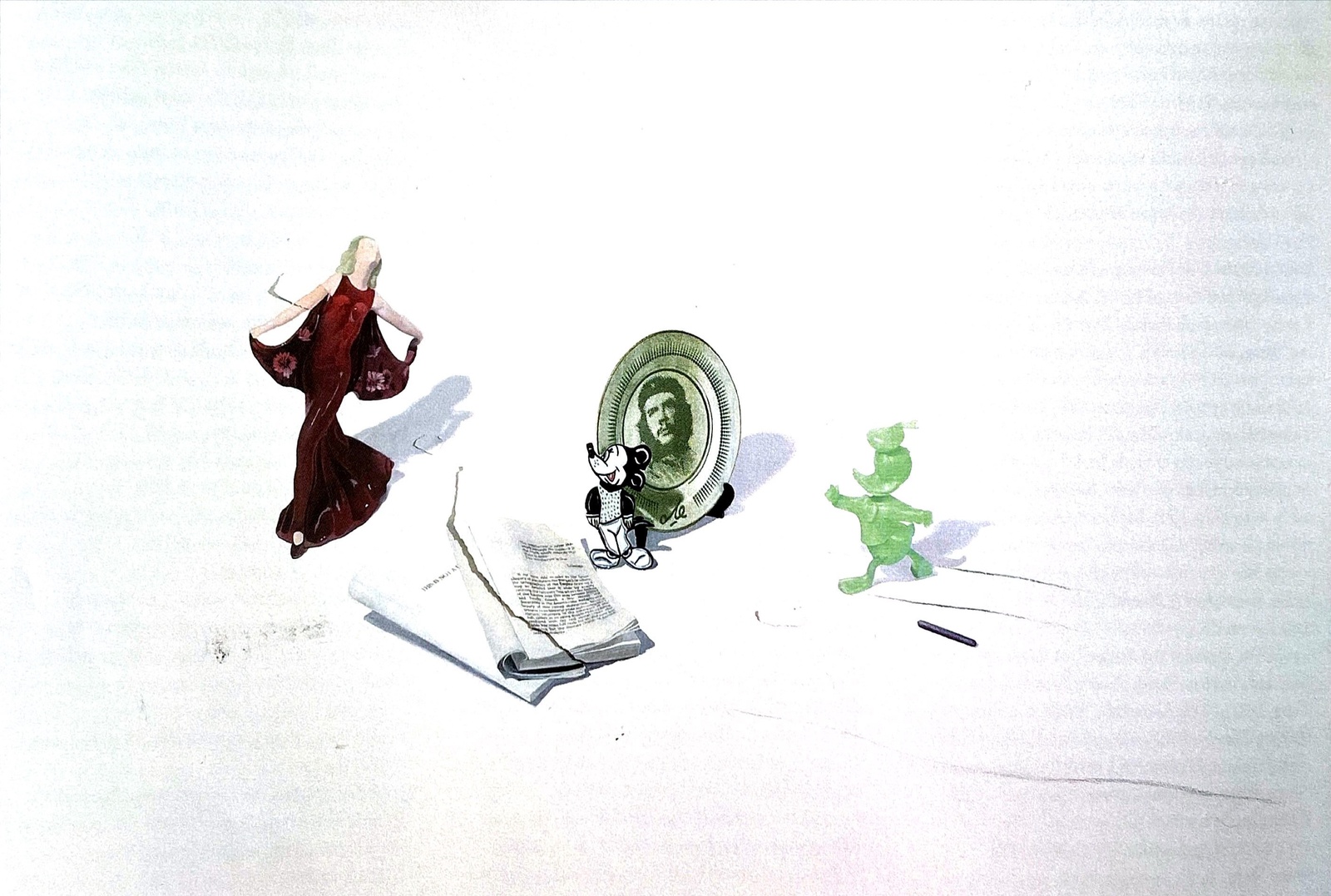 Class / Museum at home
To Fix the Image in Memory: The shifting roles of the photographic image in the work of Vija Celmins, Liliana Porter and Beatriz González
Next
Previous
25.JUN.2020 | 6PM
02.JUL.2020 | 6PM
09.JUL.2020 | 6PM
Admission:
Free with previous registration
+ info:

Sessions will take place via Zoom

Class / Museum at home
To Fix the Image in Memory: The shifting roles of the photographic image in the work of Vija Celmins, Liliana Porter and Beatriz González

How has our relationship and proximity to images changed over time? How does the circulation of photographic images influence both personal and cultural memory formation? This course takes a historical view on these questions, by exploring the effects that the increased production and distribution of photography during the Post-War period had on aesthetic practices. It is through an in-depth look at three distinct artistic strategies developed during the 1960S and early 1970s and involving found and manipulated photographic images, that these inquiries are explored. Each session, is dedicated to the individual trajectories of remarkable female artists, Vija Celmins, Liliana Porter and Beatriz González, and how each have uniquely challenged the way in which we understand and retain images. Moving in and around the art movements of both Pop Art and Conceptual Art, these artists developed provocative ways to use pre-existing images to question the functioning of representations and to address their role in how individual and cultural histories are formed and processed.

This session will focus on the work of Vija Celmins (Rija, Latvia, 1938). She is known for her labor-intensive representational paintings and drawings done in series, which include depictions of every-day objects, seascapes and night skies. Her enigmatic works engage photography as both a tool and muse in her production, challenging the way that we understand historical and individual time to be depicted within photography, drawing and painting.

This session will investigate the production of Liliana Porter (Buenos Aires, Argentina, 1941). Though initially a printmaker, her multi-media practice has included paintings, installations, photographs and video. Found images and the photographic medium have both been used throughout her career as tools to question representation and articulate non-linear time. She is known for her depictions of old toys and figurines, which she engages as representations, presented in often humorous situations that evoke philosophical questions.

The work of Beatriz Gonzalez (Bucaramanga, Colombia, 1932) will be examined during this session. From the beginning of her career the artist has worked with pre-existing images, both of historical artworks and contemporary newspaper photographs. Her brightly colored copies of well-known European paintings of the 1960s and 70s were a reflection on the greater circulation of poorly printed reproductions of European artworks in Latin America during this period. During the 1980s, her works take on more directly political themes, based on newspaper images of violence related to the drug-related civil war taking place in Colombia up through the late 1990s.

Independent curator based in Mexico City. From 2011 to 2019 served as Chief curator and Deputy Director of the Pérez Art Museum Miami. His recent exhibitions produced for PAMM include Beatriz González: A Retrospective, co-curated with Mari Carmen Ramirez of the Museum of Fine Arts Houston. Other projects include Ebony G. Patterson: … white the dew is still on the roses…, Mario Garcia Torres; R.R. and the Expansion of the Tropics; Sheela Gowda: And that is no lie; and Leonor Antunes: a secluded and pleasant land, in this land I wish to dwell, among others. Prior to moving to Miami, from 2009 to 2011 he was the Director of El Museo Experimental El Eco. From 2001 to 2009 he was Curator of Contemporary Art at the Museo Tamayo, where his exhibitions included Liliana Porter: Línea de tiempo; Jeff Wall; Bas Jan Ader; and Felicidad indecible: Una selección de arte contemporáeo de China, among others. From 2007 to 2014 was a founding member of the inter-institutional project ‘Museum As Hub’ initiated by the New Museum, New York.