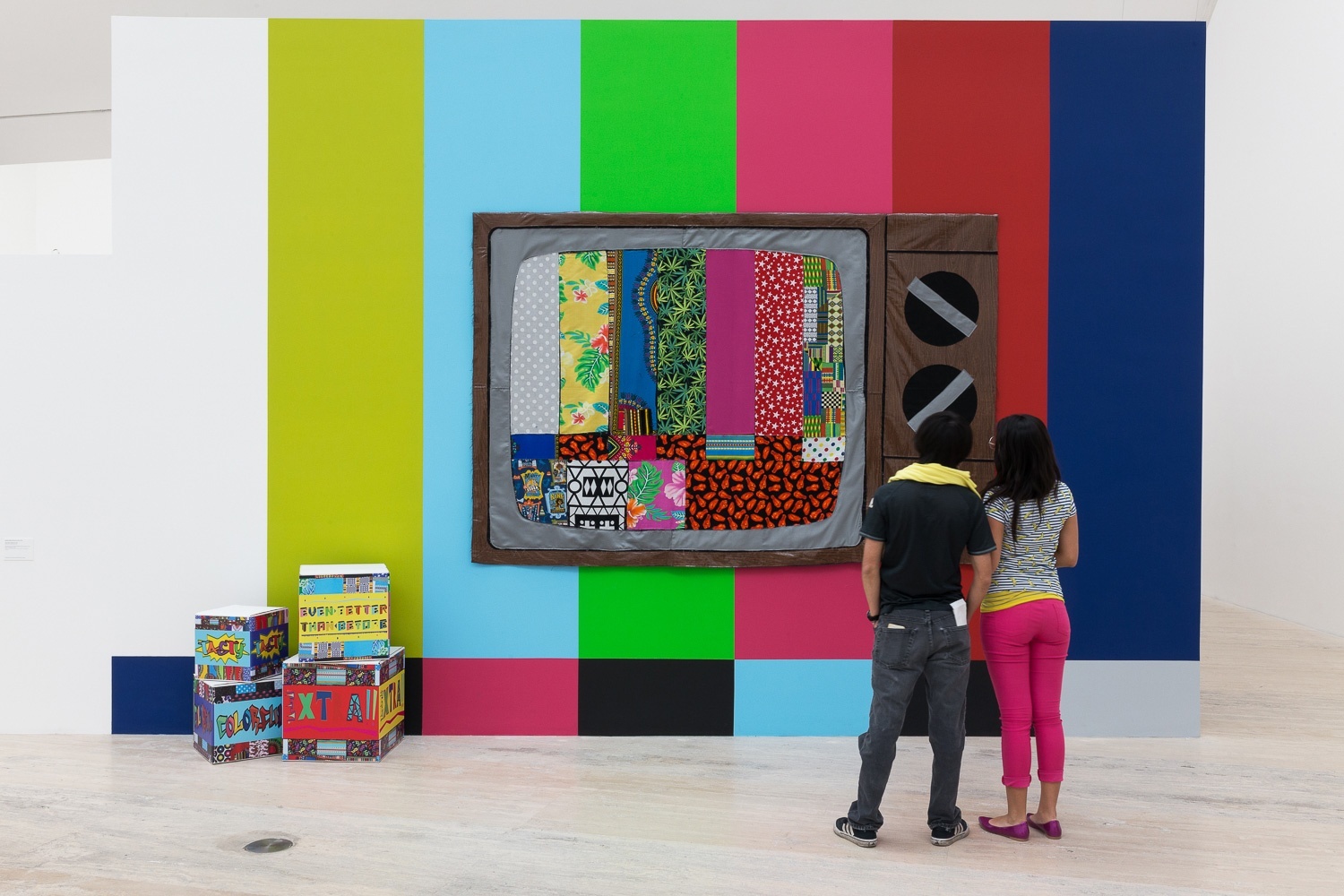 THE PROGRAM: CLOSING EVENTS FOR SCRIPTED REALITY
Next
Previous
23.MAR.2019

Simultaneous translations will be provided during the panel discussions.

The guided tour will be in English.

To mark the end of Scripted Reality: The Life and Art of Television, Museo Jumex presents a one-day conference and events that explore the work of artists in the exhibition. Television and contemporary art have developed in tandem since the mid-20th century as part of our media culture. Through discussion, screenings and activations, these events bring together international voices reflecting on the role TV and the mass-media plays in their practices in order to cross the lines between reality and fiction.

Screenings of works from the exhibition, introduced by Curator Kit Hammonds.

Asli Çavuşoğlu (Turkey, 1982) is a multi-disciplinary artist with a background in cinema and television. Her work stems from experimental narrative exercises that analyze mechanisms of erasure, repetition and replication. Cavuşoğlu’s often anthropological perspective considers the ways in which objects, people and practices become insignificant or are glorified. In Murder in Three Acts Cavuşoğlu utilizes the modus operandi and parlance of forensic television dramas to deconstruct mythologies that surrounds the art world. Through the comparison of these two vastly different fields she seeks to underline the construction and legitimization of narrative through expertise.

Asli Çavuşoğlu has exhibited at the Delfina Foundation in London, the PAC Milan, KADIST Art Foundation in Paris and the Institute of Contemporary Arts in London; as well as been commissioned by The Moving Museum in Istanbul and Frieze Projects in London, among others. In 2012 she was awarded the FullART Prize and has participated in residencies around the globe.

Bruce Yonemoto (USA, 1949) is a video and digital media installation artist, educator, writer and curator, whose work examines the effects of mass media on our perceptions of identity, and the ways in which melodramas, TV commercials, and even electronic metatext is used to manipulate audiences. In Before I Close My Eyes, Yonemoto focuses on three contemporary Vietnamese men who are both acting and reacting as they encounter the newsreel footage of a Buddhist monk self-immolating for the first time. By re-appropriating the mental breakdown scene in Bergman’s 1966 film Persona, the work creates a new social and political framework that critiques control of information and analyzes how imagery loses its power through mediated repetition.

Bruce Yonemoto has been honored with grants and awards from the National Endowment for the Arts, The Rockefeller Foundation, etc. and his work has been featured in both solo and group exhibitions at the ICC Tokyo, ICA Philadelphia, the Generali Foundation, and Getty Research Center among others.

François Bucher (Colombia, 1972). His work and research spans a range of interests and media, focusing—for a certain period in his career—primarily on issues related to the ethical and aesthetic problems of cinema, television and montage in general. More recently his explorations as an artist and writer have turned towards questions about the image in the inter dimensional field. For Television (an Address), Bucher produced a series of Live events with various public figures in which subjective, critical and at times satirical commentary acted as counterpoint to that portrayed on screen. Bucher began the project as a means to address the “ideological apparatus” of TV in the wake of 9/11.

François Bucher has participated in exhibitions at the Haus der Kulturen der Welt, Tate Britain, Whitney Museum ISP, Museo Reina Sofia and the MCA Chicago among others, as well as in the Venice Biennale and Documenta. Bucher has also been the recipient of The New York City Media Arts Grant awarded by The Jerome Foundation and the Werkleitz Award.

Yoshua Okón (Mexico, 1970) creates near-sociological experiments executed for the camera, blending staged situations with improvisation and a documentary style. His performances, video installations, objects and more blur the lines between documentary, reality and fiction questioning truth, selfhood and morality. Okon’s New Decor was filmed in a Los Angeles furniture store, where customer were invited to play out their own telenovelas using the existing shop displays. The turning of the camera onto these people turns them into characters, thus blurring the line between reality and fantasy.

Yoshua Okón has participated in solo exhibitions at MUAC (Museo Universitario de Arte Contemporáneo), Museo Amparo, Hammer Museum and Städtische Kunsthalle, among others. He has also been included in group exhibitions at MoMA PS1, the New Museum, the Palais des Beaux Arts; as well as Manifesta 11, the Istanbul Biennale, the Gwangju Biennale, etc. 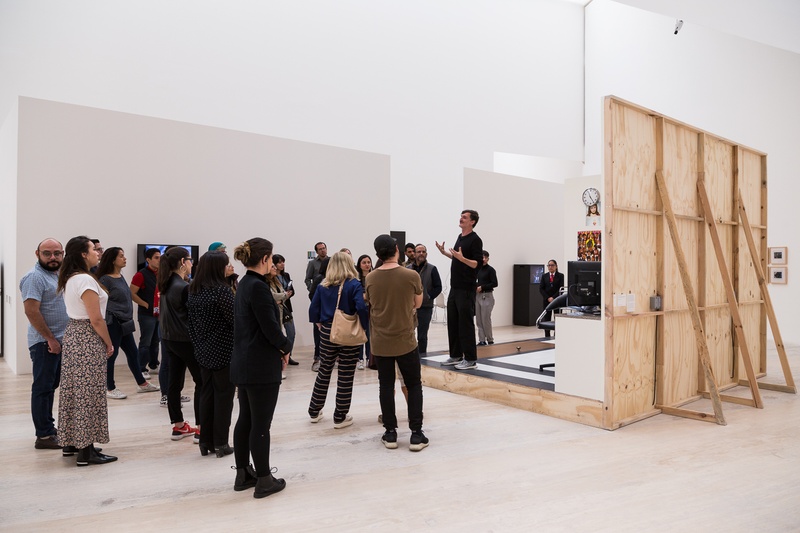 SCRIPTED REALITY: WALKTHROUGH WITH THE CURATOR 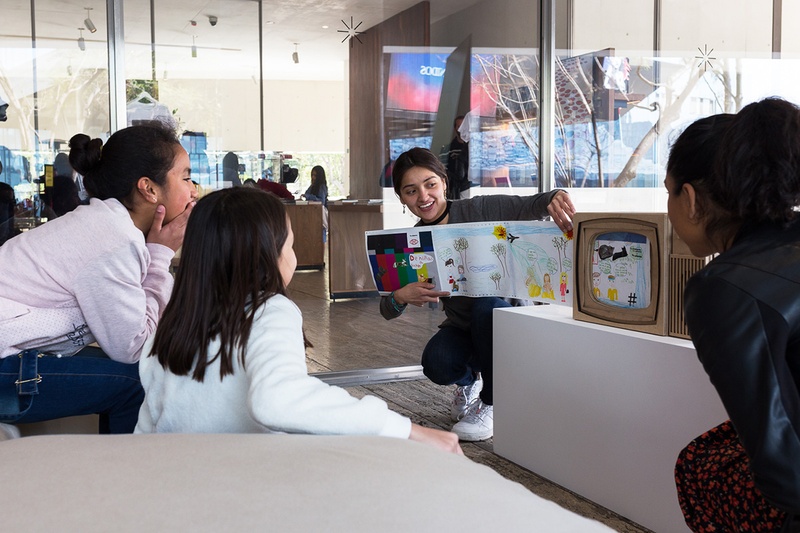 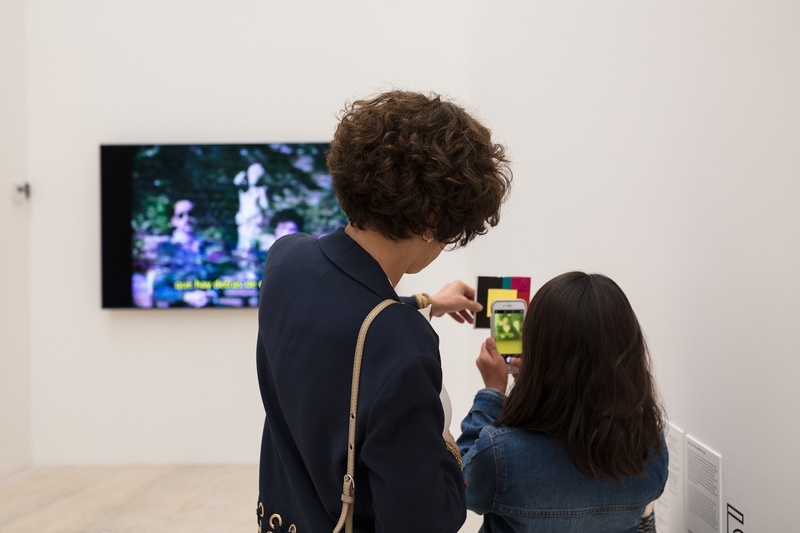 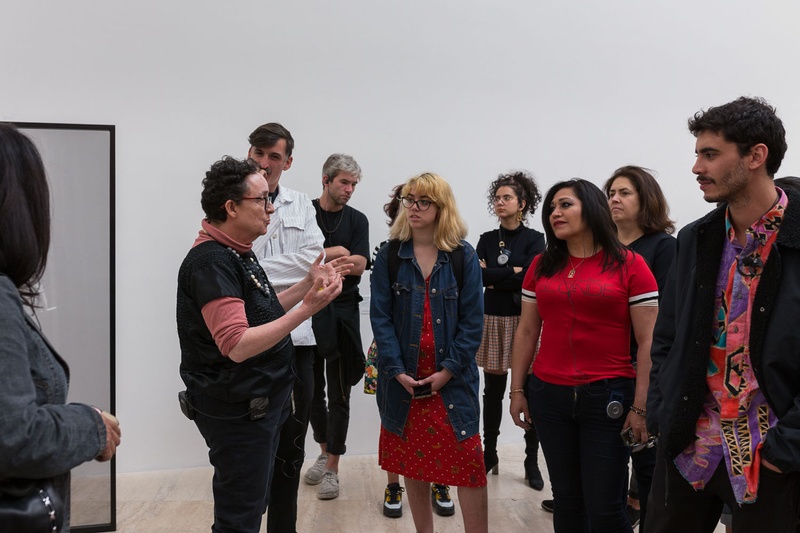 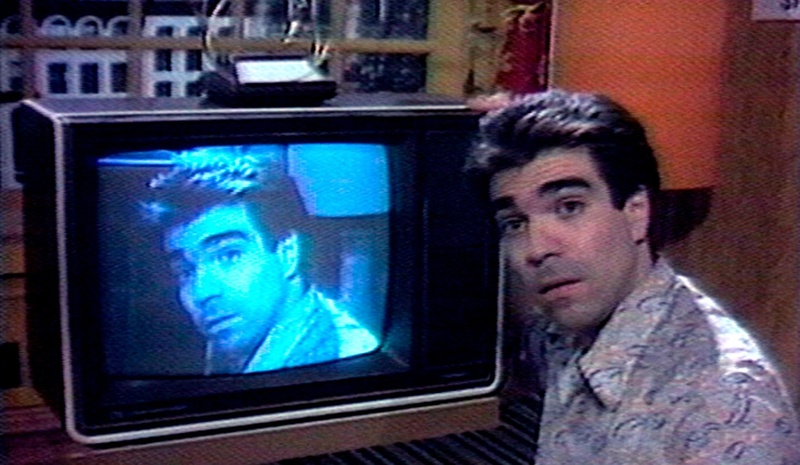 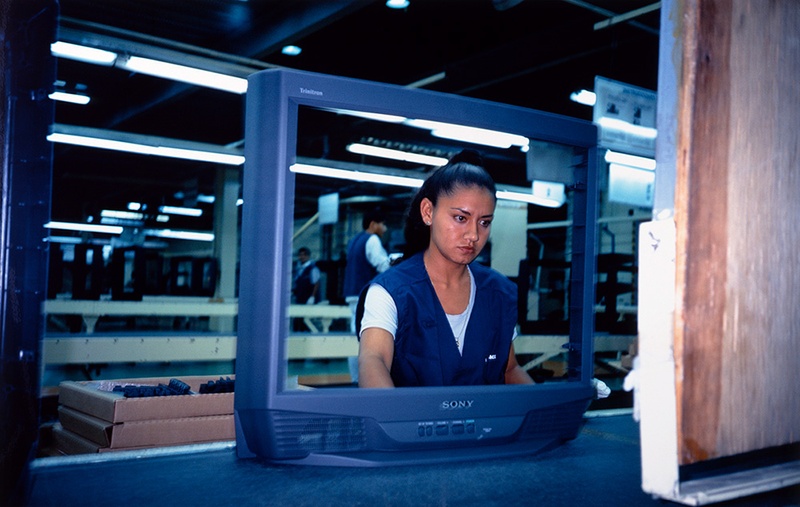 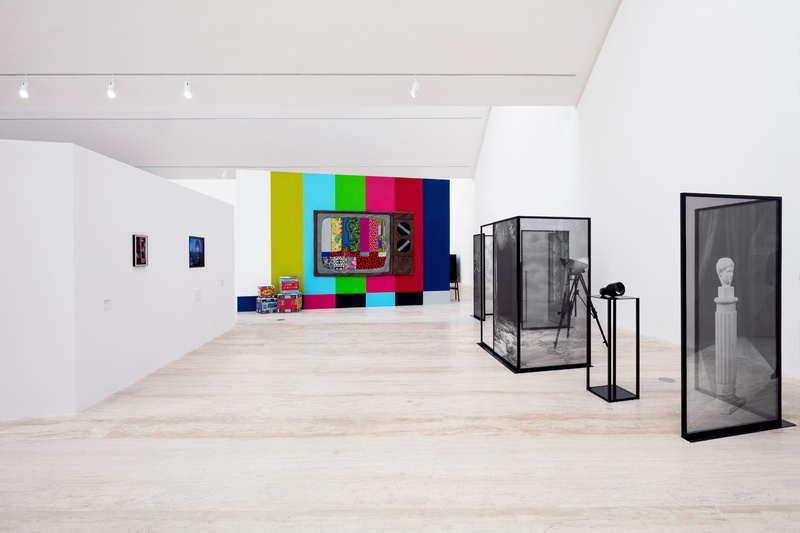 Scripted Reality:
The Life and Art of Television
Credits

Event organized in collaboration with 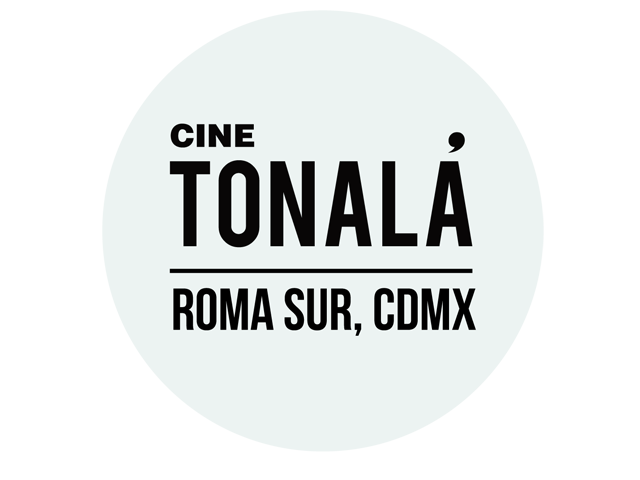