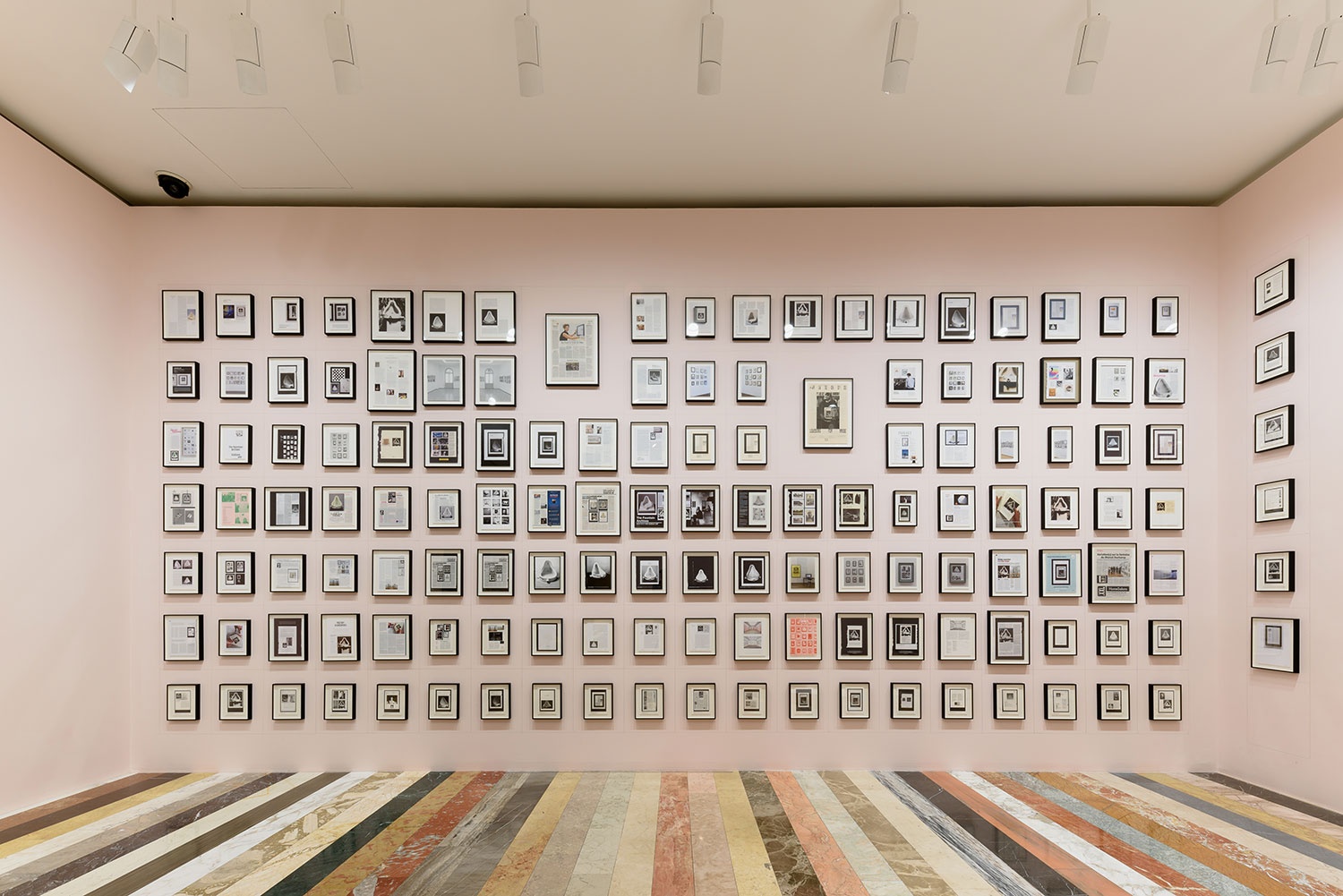 Widely regarded as one of the most emblematic works of the 20th century, Marcel Duchamp’s Fountain (1917) is the definitive ready-made, a shop-bought urinal that the artist designated as sculpture. This iconic artwork prompted countless publications and still continues to generate comments in a broad range of research topics. The artist Saâdane Afif (b. 1970) made Fountain’s printed dissemination the subject of a monumental project: since 2008, he has been collecting publications, catalogues, guides and books that reproduce a photograph of the seminal piece. The pages showing Duchamp’s work have been torn out and framed to build up an unexpected archive of Fountain, that will end with the 1001st entry. The destroyed books, with their missing pages, are then carefully stored on bookshelves in the artist’s studio, forming the “passive” part of the project that Afif also calls the “mold”.

Gradually, Afif’s Fountain Archives has acquired a life of its own and has started to be commented upon, explained or reviewed in a variety of printed publications, sometimes illustrated by an image of Duchamp’s Fountain itself. When integrated into the project, these pages built an archive within the archive, called the Augmented section.

Since 2004, Saâdane Afif has also been asking people to write lyrics inspired by his artwork. The texts not only question the notion of interpretation and commentary of a work of art, but also become fundamental material in Afif’s artistic practice. This series of texts, known as Lyrics, is first presented on exhibition walls, and later become a source of inspiration for the production of objects, music or performances.

For his exhibition at Museo Jumex, Afif presents an installation that comprises a bookshelf storing 1067 books from the ongoing archive, as well as 140 framed artworks from the Augmented section. On the wall are commissioned song Lyrics, five of them never shown before, extending The Fountain Archives with their own poetic commentary. 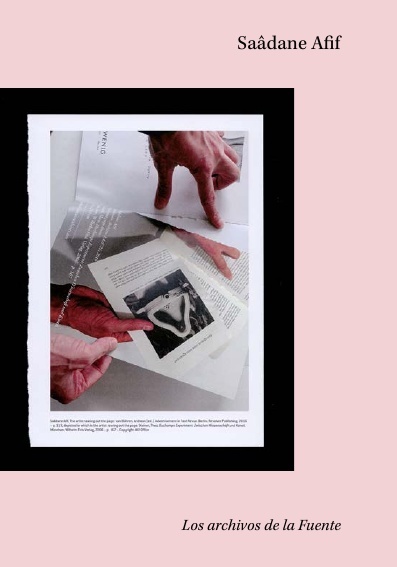