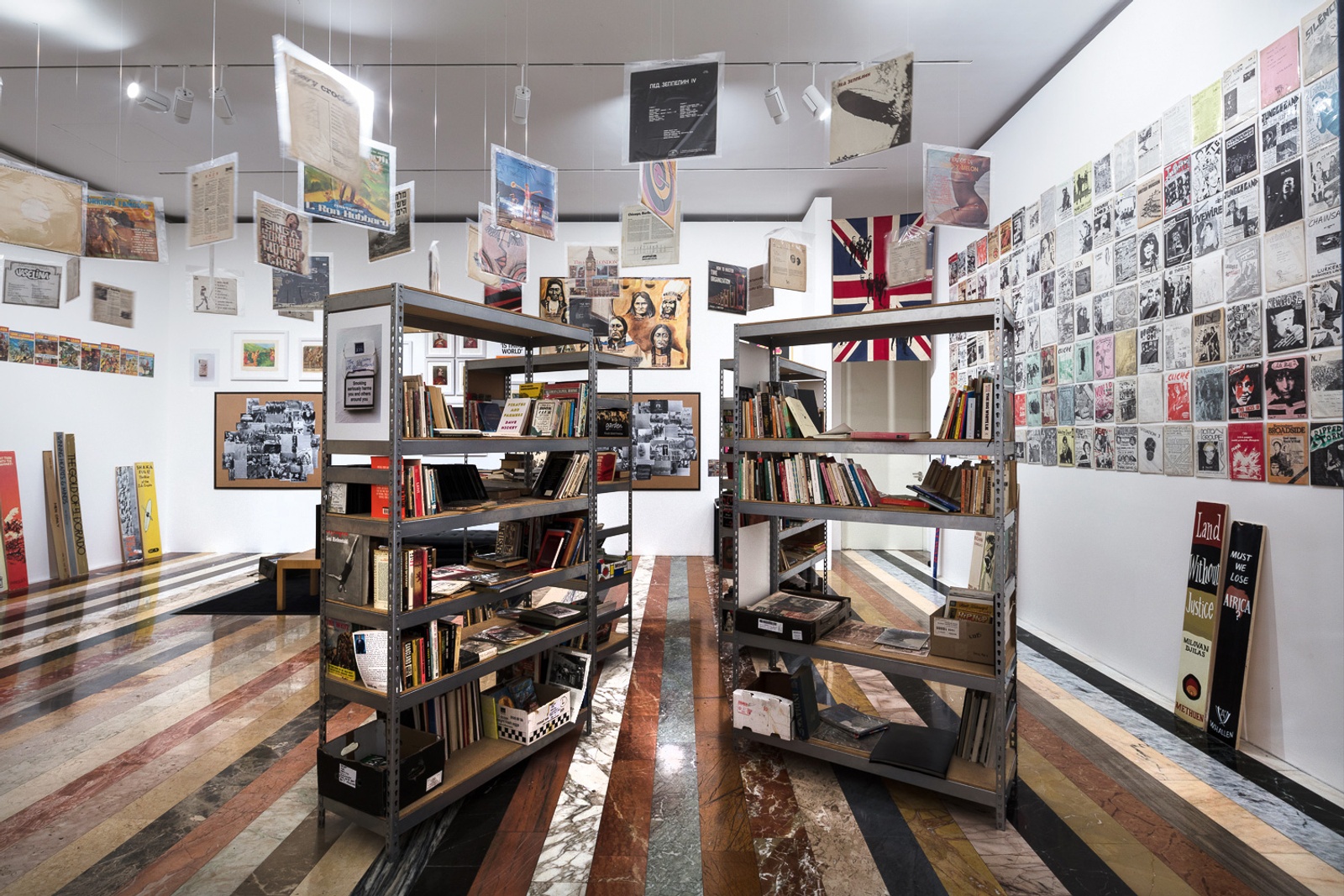 Based on extensive research at the Rock and Roll Public Library in London, Laureana Toledo (Ixtepec, Oaxaca, 1970) presents a multi-faceted installation and events program that explores the confluence of punk music, DIY aesthetics and politics, particularly in relation to representations of ‘otherness’ in mainstream popular culture.

The Rock and Roll Public Library is the collection of Mick Jones of The Clash, the band who politicized the punk scene through songs that addressed race and class inequality in the United Kingdom, as well as global causes such as the Spanish civil war, the Sandinista movement or the Vietnam war.

Toledo’s investigations into this collection focused on instances of colonial visions in popular culture, as well as found notes, damaged book covers and other ephemera that, viewed in retrospect, chime or are dissonant with current affairs. Paintings and collages that represent these findings are presented alongside a selection of books, records and original items for consultation and copying by the visitor.

Toledo’s practice addresses subcultures and their ideological and economic circuits as a means to reaffirm the important role they play in providing alternatives to and breaking free from traditional power structures. As well as alluding to the popular songs, the title ‘’…but it often rhymes’’ is taken from a quotation from Mark Twain to refer to how certain similarities can be traced between today and past events as history unfolds, emphasizing the need to continue forms of resistance in the present. 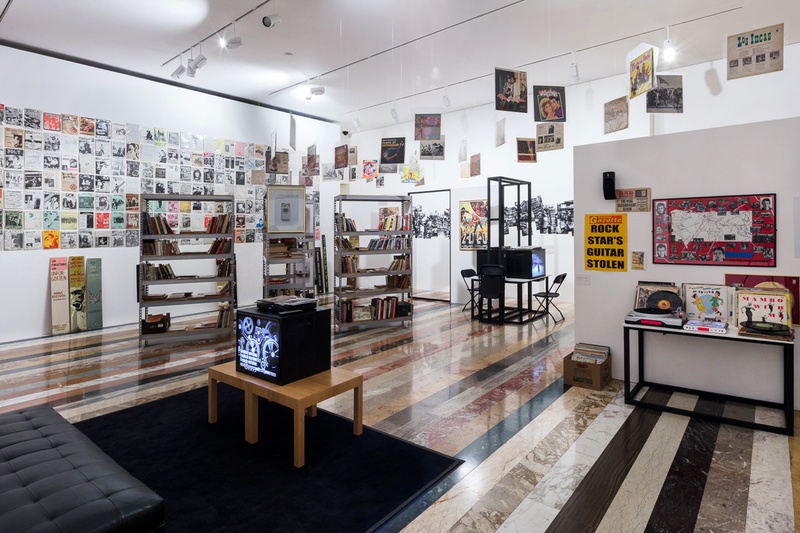 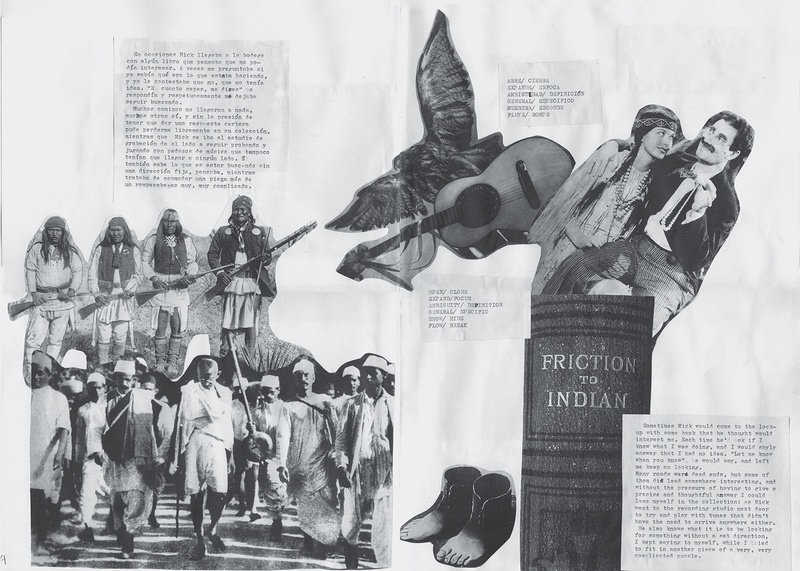 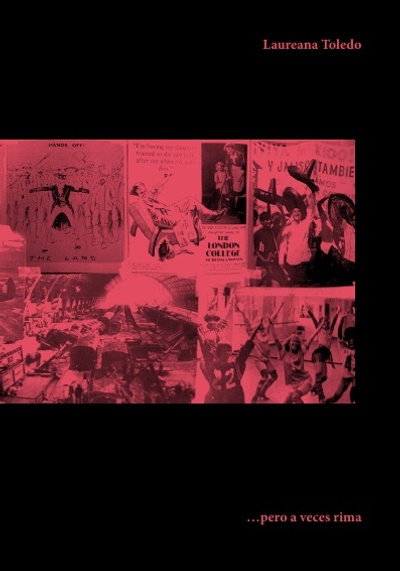