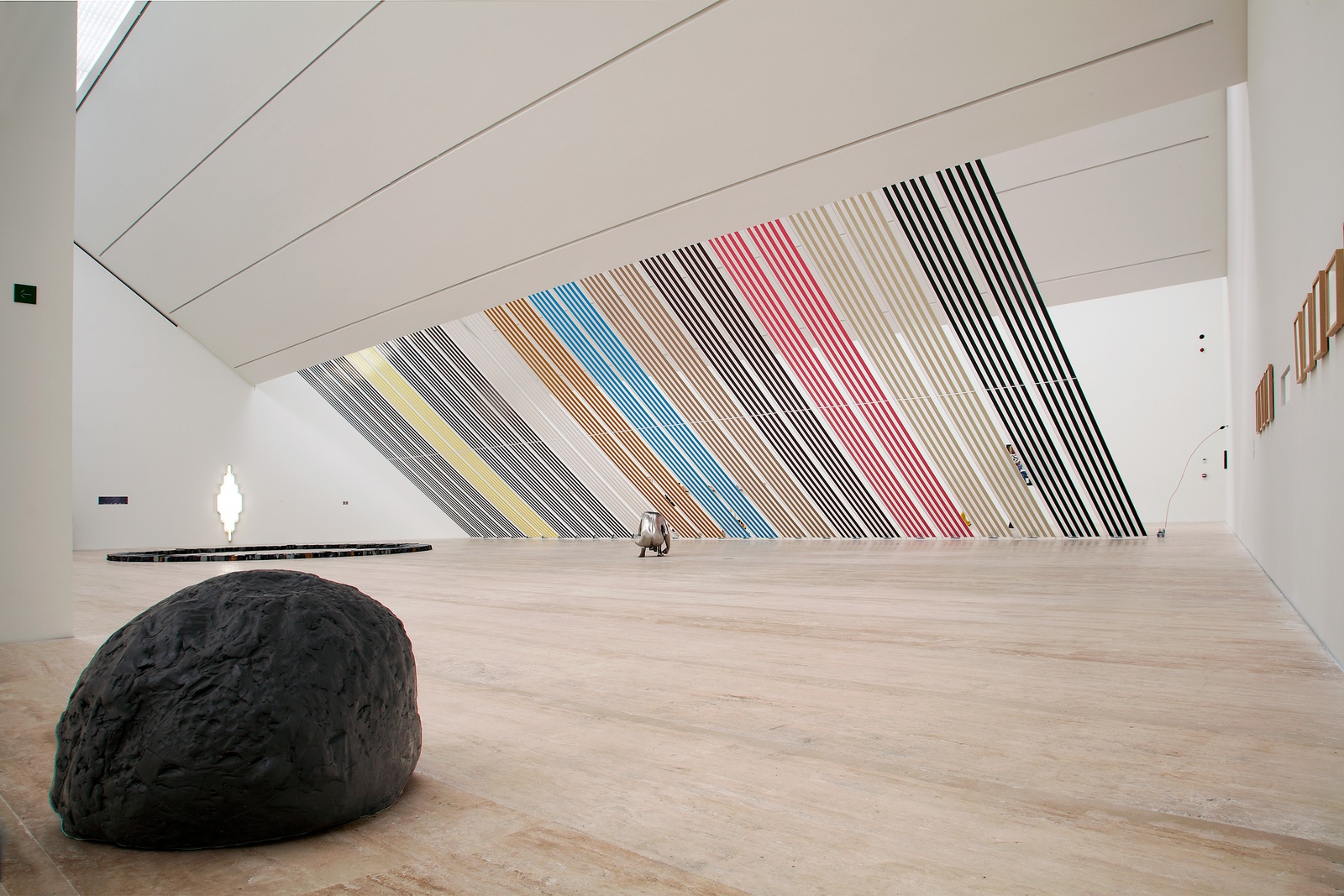 A fragment, like a small work of art, has to be entirely isolated from the surrounding world and self-enclosed like a hedgehog.

As a three-dimensional collage with the gallery as its parergon, the exhibition,Inhabiting Time, presents a selection of close to thirty works from Colección Jumex. We all inhabit time. The artist does it by reifying periods of his life, which are then accumulated by the collector. Everyone (more or less voluntarily) leaves behind some evidence of their existence. To inhabit time is to live in the present, but it is also being borne into the past by our memory of those who went before us. It is, too, to imagine the future through those who will remember.

The exhibition will be accompanied by a catalogue with texts from the artists Daniel Buren, Ricardo Caballero and Carol Goodden; poems by Henri Cole; a “ball point pen essay” by Jean-Luc Moulène; a text by curator and art historian, Corinne Diserens, and fragments and texts by the curator, Michel Blancsubé.