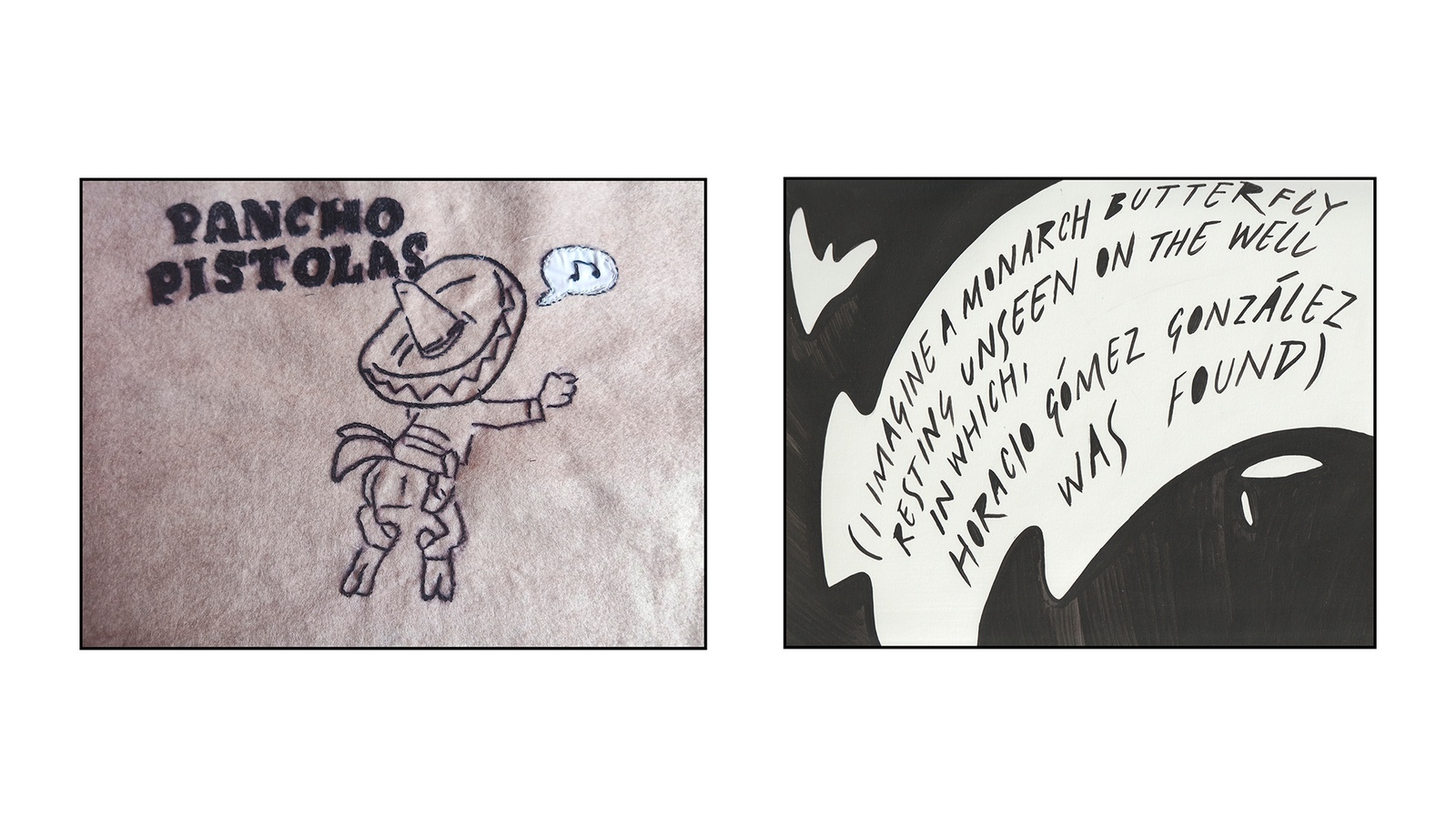 Next
Previous
Wendy Cabrera Rubio & Charlie Godet Thomas:
How to make a painting behave like a landscape

How to make a painting behave like a landscape brings together two Mexico City-based artists whose work draws from the languages of comic-strips and cartoons.

As modern art forms, cartoons in print and on film have played a significant role in popular culture since the early 1900s and have been a site of aesthetic experiments where the border between image and language, representation and reality become porous. By locating their works in the cartoon frame, the artists present poetic and political vistas rooted in a popular imaginary.

Charlie Godet Thomas presents a poem in the form of a mural, which reveals itself over the course of the exhibition from a rising waterline of paint. The relationship between written language and image is a central motif in Godet Thomas’s artistic practice. Derived from a lexicon of popular cartoon-strip characters including Li'l Abner and Charlie Brown, among others, his work reflects on aspects such as alienation and bad luck in the modern world with humor and absurdity. The mural is presented in the gallery space and as an animation on the museum website.

Wendy Cabrera Rubio presents a didactic play that problematizes the multiplane camera patented by Walt Disney Studios in 1940, a technique that generated greater depth in the landscapes of his cartoons. Written in collaboration with Neil Mauricio Andrade, the script accounts for the multiple appearances and reappropriations of Pancho Pistolas, a character who debuted in the film Los tres caballeros (1944). The project explores the social and political implications of this popular cartoon.

How to make a painting behave like a landscape is the second in a series of projects that explore the relationship between the physical and virtual museum space as sites of production and presentation. 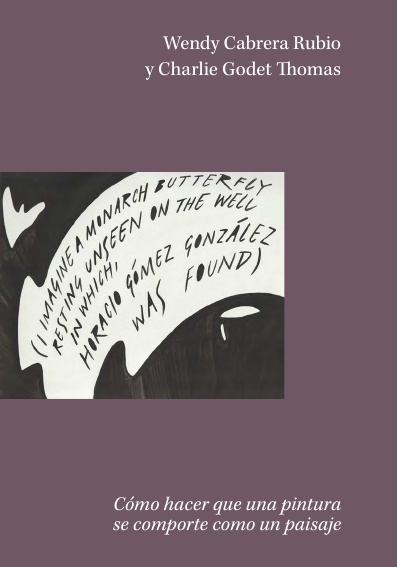 Charlie Godet Thomas
Study for The Worm Asleep in the Apple, 2020
Acrylic on paper
Courtesy of VITRINE, London and Basel

Charlie Godet Thomas
Study for The Worm Asleep in the Apple, 2020
Acrylic on paper
Courtesy of VITRINE, London and Basel