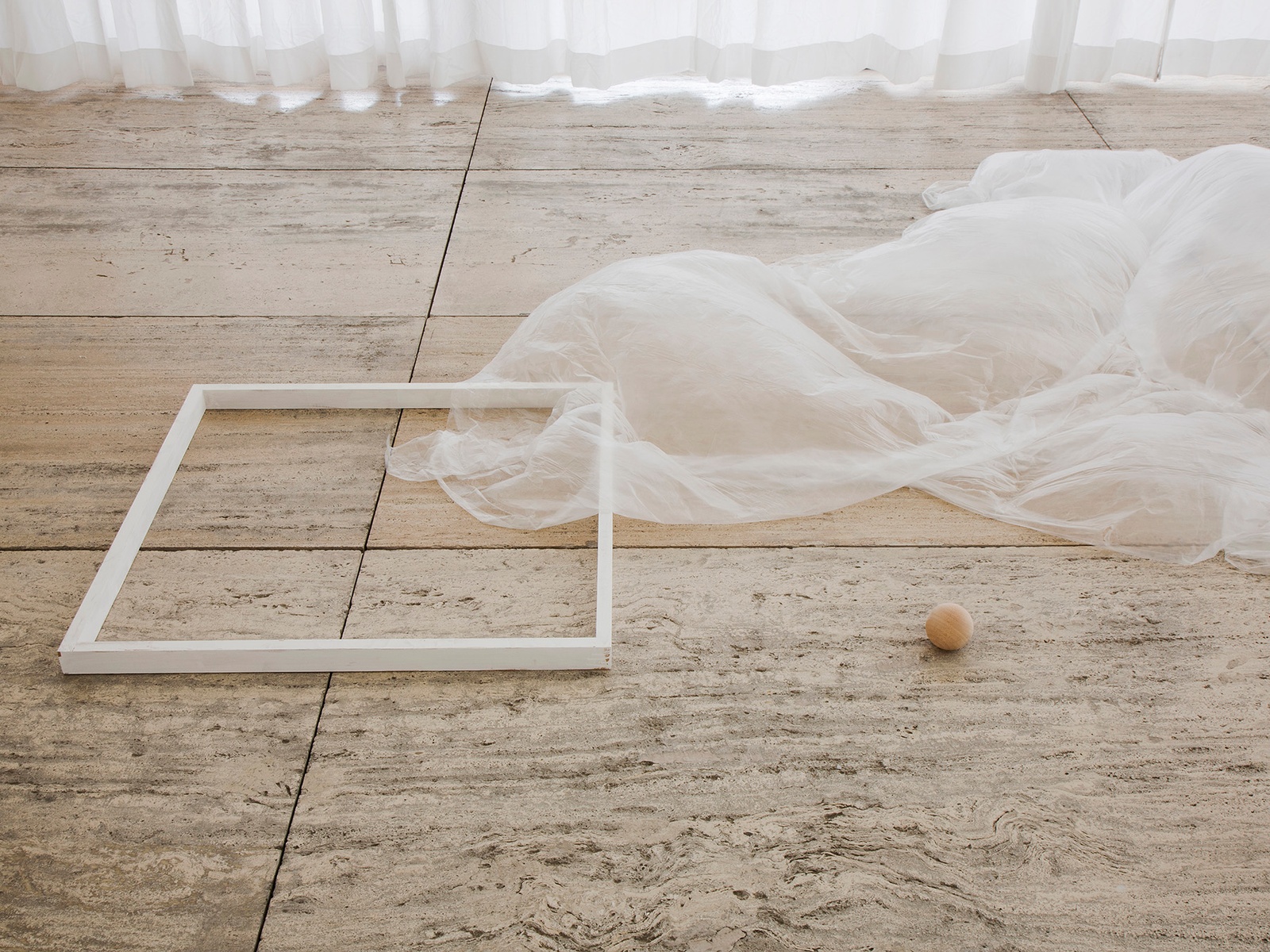 Fernanda Gomes’ (Rio de Janeiro, 1960) work is developed in close connection to the space in which it is displayed. Her exhibitions frequently involve architectures within architecture, generating spaces at different scales. For this show, she has produced works-or as she calls them, “things”-in dialogue with the specific conditions of Museo Jumex’s Gallery 1, while expanding some of her recent explorations.

The artist bases her work process on the relationship she establishes with the exhibition space, which she studies carefully and alters over a significant period of time. This allows her to respond to the gallery’s particular conditions, but at the same time to conceive it as an extension of her own studio and its rhythms. Thus, while her work is presented to the public as finished, it always bears the potential to reappear in different configurations.

A marked economy of spatial and material resources characterizes Gomes’ practice. In her formal language, the artist consistently uses wood, white paint, thread, plain textiles, as well as some found objects, to redefine simple materials by creating unique associations between them. Light is another element the artist controls carefully, modifying the way her ephemeral architectures interact with other sculptural or pictorial objects. This play between materiality and immateriality, object and association stands in further tension with the architecture of the museum, as well as the urban context that has a particularly forceful presence in this gallery.