Selection by Ixel Rion, asistente curatorial
We were never criminals

The Declaration of the Rights of Man and of the Citizen establishes the imprescriptible rights to freedom, property, safety, and resistance against oppression. The Declaration of the Rights of Woman and of the Female Citizen, written by Olympe de Gouges in 1791, prescribes that both women and men have the rights to freedom, property, safety, and above all, resistance against oppression. In the 18th century, Olympe de Gouges focused on the importance of women and female citizens putting up this resistance. More than 200 years later, this right is still being defended and strengthened through actions in various spheres.

Today we continue to live in a patriarchal society under laws that have been drafted, submitted and passed mainly be men. Furthermore, men continue creating structures on women’s bodies, persistently repressing their sexuality and deciding on their “reproductive rights.” Legislating on sexuality is a question of gender, since men can freely decide on women’s bodies and their sexuality, as opposed to women whose body is regulated as an object. Male-led, far-right governments have recently been “at war” against women’s sexual freedom. Repression exists to limit women’s sexuality to that of being mere incubators; any other “use” is persecuted and criticized.

Social movements such as Free The Nipple, Riot Grrrls, Comando Colibrí and La Casa del Encuentro all seek respect for women. Oppression and violence perpetrated against women because of their gender is a reality rooted in sex. The female body has been represented in art as an object of beauty to be admired; however, women are openly attacked when they make free decisions on their body, as are women artists who represent femininity from their own perspective. Why do men think that they can reproduce the female body as an ornament, create laws for it, and assign it the roles that they consider most appropriate? Why does our freedom scare them to the point of persecution and ultimately oppression?

The most famous nudes in the history of art have been painted, sculpted or photographed by men. In 2012, the Guerrilla Girls collective created a piece of protest art called “Do women have to be naked to get into Boston Museum?”, complaining that several of the nudes on display were women, and yet only 11% of these works had been produced by a woman; the same exercise was repeated in various museums around the world, producing similar results.

Female artists created 90% of the works in this selection from the Colección Jumex. Femininity, sexuality and feminism; a critique of patriarchal society, made by women. Machista oppression can be fought on various fronts, and our informed and free decisions on our bodies can be a thorn in the side of the patriarchal regime. 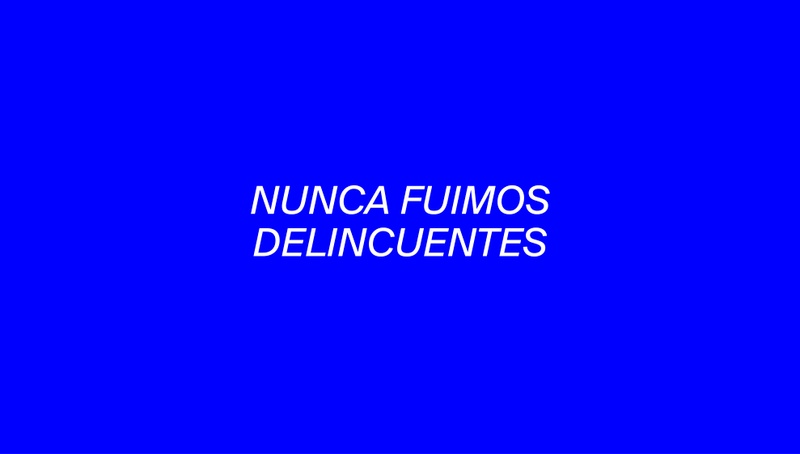